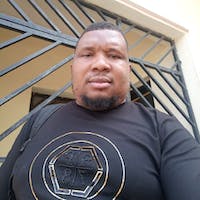 In this article, we will be looking at using Array.prototype.reduce() in various useful ways in JavaScript.

There are some specific terms we need to understand to be able to use the reduce() function effectively.

The reduce function signature is represented below:

Performing arithmetic on the values of an array.

Using the reduce method, the accumulator adds every element of the array together and return the result.

You can use the reduce function to compute Fibonacci values without the need to recursion.

In this function, we simply declare a new array and give it a length of the supplied argument, then run the reduce function on that array.

Filtering and mapping an array

For example, given a list of movies stars below:

As we can see in the image below, it returns the correct names including those that were in both Star Wars and Star Trek.

Instead of having two different functions called on this array, we can easily use the reduce function to achieve this in one go:

We can see from the image below, that this gives us exactly the result we want.

That is all we have time for today. Join us next time as we discuss more JavaScript array function. Don't forget to react, comment and share this article if it was of value to you. Thank you for reading.